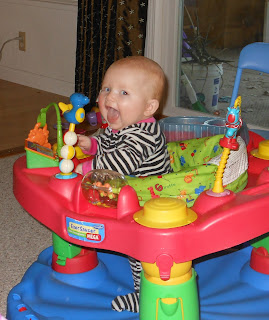 Whenever I read that statistic, it makes me stop and think.  And usually I think, "Are you kidding me?"

It's not that I don't like laughing.  Laughter is fantastic.  I just read this article at Psychology Today and I totally agree with all the reasons that we should laugh more.  It is good for us, and good for those around us.  I love to make others laugh, and am thrilled when the status updates I post and blog entries I write elicit a giggle.

But, and this is a big "but" (not unlike the one I am currently sitting on), there is a glaring omission in this statistic.  One that I am intimately familiar with in my home.  Therefore, I propose an amendment to the statistic, which goes as follows. 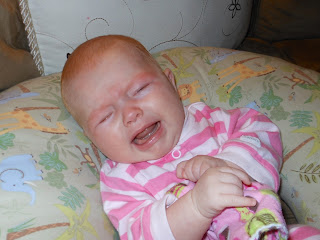 Also, you gain points if none of the times you've laughed in the day were at someone else's pain, which you directly caused, because I'm pretty sure that accounts for at least one third of the laughter of a four-year-old.

Listen, I may not have a fancy degree in brains, or laughter, but what I do have is field experience, 7 1/2 years of immersion in it.  I have study subjects aged seven, five, three and one.  And between 6:30 and 7:30 this morning, every single one of them cried at least once, most of them more than once.

And I may have laughed at more than one of them, even as they cried, and sometimes I was the cause of their tears. But some things are non-negotiable, like Maggie washing her hands after using the bathroom.  Plus, sometimes I laugh just so I don't cry.

And so, in conclusion, may I just congratulate you on the times you have laughed today, encourage you to laugh more, and if you do need to cry, I hope you can do it in your bedroom, by yourself, with the door shut so you don't have to hear your children laughing at you.
Posted by Ruth M at 10:49 AM 4 comments: